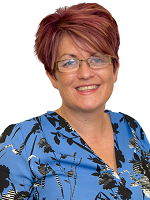 A new report from the Confederation of British Industry (CBI) has given further focus to our call for urgent Government action to be taken to improve UK language learning to help secure the economic future of a post-Brexit Britain.

The CBI’s 2018 Education and Skills Annual Report, which was published on November 5th, covers 28,000 UK businesses and revealed the scale of the challenge needed to address skills gaps between what students learn in education and what is actually valued by employers.

The report, entitled ‘Educating for the Modern World’, highlighted the increasing importance of language learning to enable a post-Brexit UK to secure global trading deals.

It states: “The need for languages has been heightened by the UK’s departure from the European Union. To achieve the Government’s ambition for a ‘Global Britain’, we have to get language teaching in our schools right.

“If there is a lack of wider provision of foreign languages for children, UK business will suffer and will be unable to seize global opportunities effectively.”

“Learning a foreign language can greatly benefit young people by providing exposure to other cultures, fostering pupils’ curiosity and deepening their understanding of the world. There is much to be gained from being able to express thoughts in another language, including ‘the language of business’.

The influential report, which surveyed businesses across all sizes, regions and sectors, also revealed that the major European languages were most in demand among UK firms. French was mentioned by 54% of respondents, German 51% and Spanish 50%.

Earlier this year the ATC highlighted the worrying decline in the number of pupils studying modern languages, particularly German and French.  The number of pupils studying German at GCSE level fell by 27% from 59,891 to 43,649 in just three years, between 2014-2017. During the same period, figures from the Joint Council for Qualifications (JCQ) reveal that French GCSE figures fell by 22% from 168,042 to 130,509.

Louise Killeen, Director of ATC member LK Translations (LKT) said she backed the call for action on language learning as it was an “on-going battle” for her to recruit the number of well-qualified graduates she needs. She has set up her own Translator Academy to help train graduates joining the profession.

“It’s vital there is good quality teaching and learning to encourage students to consider a career in languages. Language service providers then need to offer new recruits prospects and opportunities befitting their qualifications and skills,” she said.

“But it’s hard to achieve this without attaching the appropriate value to language services and the industry must command the respect it deserves. That will help us attract and retain the very best graduates exiting our education system.”