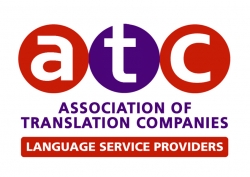 Hampshire-based Association of Translation Companies member, Sandberg Translation Partners (STP), has been recognised for the vital support it has provided to global, not-for-profit organisation, Translators without Borders (TWB), receiving its 2017 TWB Donor Award.

Having supported TWB since 2010, STP has been instrumental in facilitating the success of key initiatives such as the Words of Relief service, which is the first crisis relief translation network, intended to improve communication between crisis-affected communities and humanitarian responders.

To date the initiative has provided support in locations such as West Africa during the Ebola epidemic, in Greece in response to the European refugee crisis and in Haiti following the impact of Hurricane Matthew. Most recently, TWB has been providing emergency translations for those affected by the Grenfell Tower tragedy who speak languages such as Tigrinya, Amharic and Somali.

Jesper Sandberg, Executive Chairman at STP, commented: “We are very proud to have partnered with Translators without Borders – the work that they do makes a genuine difference to the lives of those caught up in humanitarian crises both at home and abroad and we feel very privileged to be a part of helping make that happen.”
STP, a translation company specialising in Nordic languages based in Whiteley, provides $1,000 of annual financial support to Translators without Borders by being one of its bronze sponsors.

It has also donated a significant amount of translation and project management time to a joint project with UNCHR, the UN Refugee Agency, involving translation services for Nordic countries providing support for the on-going refugee crisis. This involved 35 of their freelancers, as well as their own staff.

Mr Sandberg added: “It isn’t often that we get the chance to help TWB in translation work like this involving Nordic languages. But we were delighted to get the opportunity to make a contribution towards this important project.”

Aimee Ansari, Executive Director at Translators without Borders concludes: “We are very grateful to Sandberg Translation Partners for their ongoing support which resulted in them receiving the Donor Award in our 2017 Access to Knowledge Awards.

“Our work provides meaningful and critical support that allows the core work of a wide range of non-profit and aid organisations to be more impactful and to better serve communities. Without the hard work and donations from companies such as STP, this simply wouldn’t be possible.”