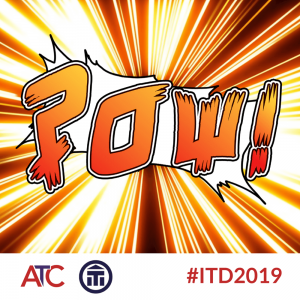 There is much more to translation than simply changing words from one language to another. A translator is not looking just to express the meaning of the original, but rather to convey its spirit. It’s all about taking the context and the language and re-working it so the reader feels they are reading the original.

Nowhere is this more evident, and perhaps more challenging, than when translating a cartoon or graphic novel. Graphic novels have witnessed a rise in popularity in recent years and are often seen in schools as a key means of engaging reluctant readers. In 2018 a graphic novel was included in the long list for the Booker prize for the first time.

These formats rely on text, in conjunction with the illustrations, to convey meaning. But speech bubbles afford very restricted space for text, and with some languages wordier than others, this can pose a huge challenge for translators. Sometimes they have to act as editors as well as translators and make difficult choices about what is left in and what is omitted.

Add to this the number of puns and idioms contained in graphic novels which need to be reworked, and you can see that translating this type of work is a work of art in itself.

Probably the best-known translator in this field is Anthea Bell, who for several decades translated the Asterix comics from their original French. “It’s all about finding the tone of voice in the original,” she observed. “You have to be quite free”.

Many of Anthea’s puns were stunning and it has even been suggested on occasions that they were wittier than the original.

For example, Obelix’s bad-tempered little dog Idéfix (“idée fixe,” is the French for dogma) is translated into Dogmatix. Agecanonix in the original is the oldest resident of Asterix’s village, with the pun in French coming from “Âge canonique,” meaning very old age. In English he became Geriatix. And the potion-dispensing Druid Panoramix became Getafix.

Like Asterix, Manga comics, originating in Japan, have also become a global phenomenon. But to enjoy them in your own language they must not just be translated but also localised.

Localisation refers to the process of making any cultural references relevant for the local market, and ensuring any taboos are avoided. As such a translator is not just an excellent linguist, but also an expert in the culture, humour, politics, and customs of a nation.

Translators may, on the most part, be invisible to the reader but without them many of our favourite graphic novels would remain out of reach.

Stepping up the fight against globalised crime through translation

Organised crime is now a greater threat than ever before. It’s a globalised, multilingual business,…

The international language of love

Love is the same in any language - but there may be some paperwork! Whether…